URL: www.grothendieckcircle.org
A website devoted to the life and works of Alexandre Grothendieck

The following additions and footnotes were added by Grothendieck in 1987 to the final part of the manuscript of Récoltes et Semailles (L'Enterrement III ou les Quatre Opérations) as a consequence of an extensive correspondence with Pierre Schapira and Christian Houzel. They were not included in the recent publication of the memoirs by Gallimard, but will be included in the forthcoming new edition.   Corrections to Récoltes et Semailles.


New additions to the site

Complete scan of the the original French course notes for Grothendieck's lecture series on topological vector spaces given in São Paulo in 1954. (courtesy of Jean-Pierre Vial)

A translation into French of the first two chapters of Grothendieck's Kansas research report A General Theory of Fibre Spaces with Structure Sheaf.

A new section entitled Memories, for which we solicit contributions from any or all those who were able to visit Grothendieck during his secret years in Lasserre. 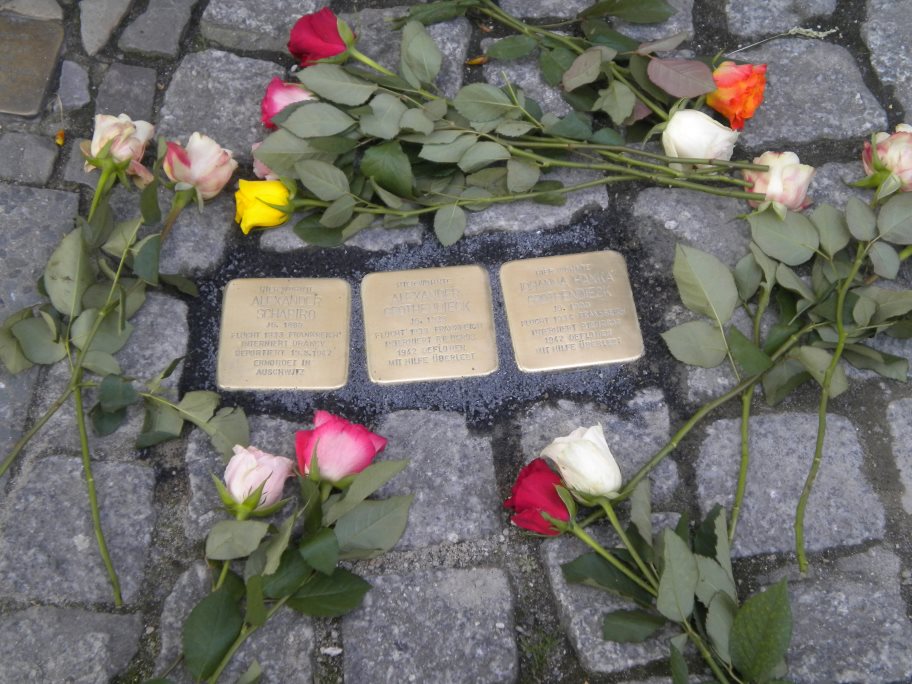 Stolpersteine
in honor of Grothendieck's family, by artist Gunter Demnig, placed on March 22, 2017
in front of the home in Berlin where Alexandre Grothendieck resided with his parents and sister from 1928 to 1933
at the address 165 Brunnenstraße, Berlin.

Grothendieck around the world
The Grothendieck Circle website will be happy to announce any recent or upcoming seminars, conferences or events devoted to Grothendieck.